SIM-Less Calling gets approval from Government

SIM-Less Calling gets approval from Government 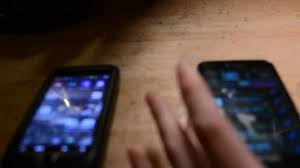 Internet Telephony which is popularly known as VoWi-Fi or Voice Over WiFi has finally got approval from  Telecom Commission, as suggested by Telecom Regulatory Authority of India.
By this Mobile users
can now make SIM-less calls officially and Analysts are praising that it is a positive note inwards for customers.
Make Calls using WiFi To Landline, Mobile Numbers :-
VoWi-Fi works like a magic for those subscribers, who are in low-signal areas. If your phone doesn’t have mobile coverage, then you can easily opt for SIM-less calling, which uses WiFi from broadband for making calls. Both landlines and mobiles can be called via Internet telephony.
Government has approved Internet Telephony, it will benefit all telecom operators and unleash a new wave of user-friendly initiatives. Govt. of India allowing Internet telephony is a big step, as this is banned in some countries due to security reasons.
How Internet Telephony works and more details :-
Telecom operators will provide an app to be downloaded, using which Internet-based telephone calls can be made.
Say you are an Airtel user. Now, you can download Jio’s internet telephony app, and use any WiFi connection to make calls to broadband or mobile phones……Read More>>
Source by techiyogiz
Share: