At Game Developers Conference 2018, Google has launched its latest Play Instant feature by which  users can now play select games before downloading it on their handsets. 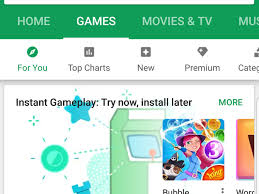 Try now, install later from where you can play the games before getting it on your handsets. TechCrunch reports that Google had to increase the maximum………Read More>>